On the outskirts of Vereeniging: a reflection 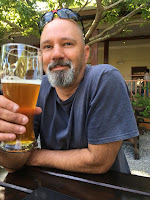 When I was in high school, I would spend some of my school holidays working at a dog kennels and cattery in Vereeniging. Only 60kms from my home in Johannesburg, the dog kennels were in the rural outskirts of the city. Nothing much grew in that part of Vereeniging. This was not the agricultural centre of the city. Any greenery or plant life was the sole reserve of the residence or business itself, fed mostly from boreholes. No rivers ran close enough for irrigation purposes.

The dog kennels were owned and run by Aunty Jean Aucamp, an old family friend. She had taken her retirement savings and invested in this business. Sometimes, I used to think, she bought it as a place to keep her cats and whatever money came along as a result was a bonus. She was one of very few people I have met that I can truly call a saint.
The house itself was very old. Creaky wooden floors, huge rooms, ornate cornicing and carved ceilings. Wrought iron light fixtures festooned most rooms, and the kitchen was gar…
Post a Comment
Read more

What is this blog all about? 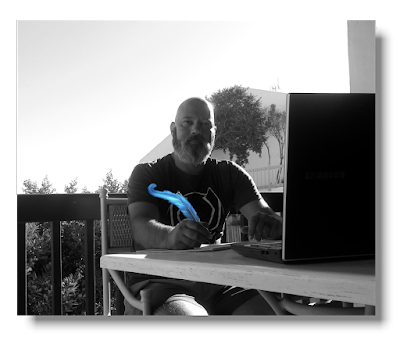 The self-aggrandisement of these sections aside, what can I really say? I have been writing from an early age. I read a huge amount and tried to translate some of that into my own stuff but always got stuck in the same place. Then I discovered the typewriter. It helped me write a lot more and – more importantly – finish what I started.

Then one day someone asked me what I would charge to do a small piece for her (or pieces) – mostly web-based text like the About and Home pages, an advertising piece or two and a couple of newsletters.

I figured that if one person was willing to pay (and the pay was peanuts because “what did I know”) then perhaps other people would be willing to do so too.

I stay with my wife and two kids in Durbanville, 30 clicks inland from Cape Town. I don’t have a picket fence and the dog isn’t called Rover, though I do have a goldfish named John that has exceeded all lifespan expectations. You could accuse me of genetic engineering but I’m not that clever.